Two men from Pasco were seen at Walmart pushing out items without paying for them Sunday. They left the parking lot in a white Honda with a Washington license plate.

Hermiston Police Chief Jason Edmiston wrote in an email that the car was spotted shortly after it left. There was a short pursuit, and then the driver, 24-year-old Adrian Guardado, abandoned the car in the 400 block of East Bella Vista Avenue. He and his passenger, Jose Uriarte, 25, fled on foot but were captured a short time later.

Edmiston said that all of the stolen items were recovered and returned.

Guardado is facing the most serious charges including felony possession of methamphetamine, felony attempt to elude and felony criminal conspiracy. He’s being held on a $102,000 bond. 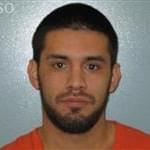 Uriarte is jailed on $17,000 bail charged with four misdemeanors which include second-degree theft, and interfering with a peace officer. 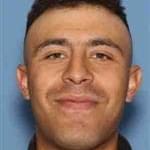